Money is one of the main key’s to influence. Money is what drove a VETO on ‪#‎SB668‬. Nothing else. Follow the trail as we have. We want an open an INCLUSIVE process towards alimony reform. We are in the preliminary stage of creating a political action committee (PAC) to represent our voice. Our PAC will be dedicated to FAMILY LAW REFORM with a focus on alimony, child-share, parental alienation and lawyer billing practices.

We are seeking TALENTED volunteers (there will be no paid positions) to work with our group in various roles.

In no way is this organization meant to replace the efforts of other fine organizations. Our purpose is to ensure reform occurs, our voices are heard, and we are influencing the outcome and agenda of family law reform.

Private message us if you have an interest in volunteering for the leadership and support roles for Concerned Citizens for Family Law Reform PAC. 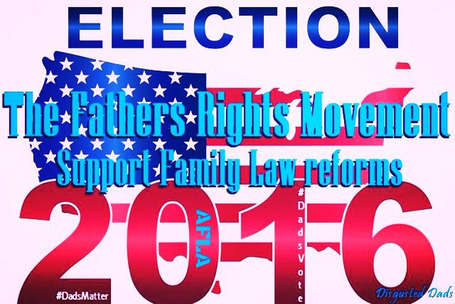 A divided Florida Senate backed a child-sharing bill on Tuesday that would put Florida at the leading edge of efforts to give divorcing parents equal custody of children.

But the bill (SB 250), which cleared the Senate in a 23-15 vote, is headed toward a roadblock in the House, where leaders are pushing an alimony-reform bill that does not have a child-sharing provision.

House Rules Chairman Ritch Workman, R-Melbourne, said the House is prepared to pass an alimony bill (HB 455), sponsored by Rep. Colleen Burton, R-Lakeland, but is not considering other issues that have “weighed down” past reform efforts.

“We are concentrating on alimony reform,” Workman said. “Anything to do with not alimony is not germane in the House.”

Sen. Tom Lee, R-Brandon, sponsor of the Senate bill, anticipated the House opposition, and some weeks ago he said he asked Senate President Andy Gardiner, R-Orlando, to reach out to House Speaker Steve Crisafulli, R-Merritt Island, to create an informal working group to work out the differences on the child-sharing and alimony legislation.

Lee, who has clashed with Workman, said the working group would have focused “not on egos and personalities but policy differences.”

“They’ve rejected that idea,” Lee said. “So maybe they’re not interested in any of these reforms this year. I don’t know. But it certainly isn’t personal with me. This is all good public policy.”

Lee, a former Senate president and the current Senate budget chairman, said the legislative process works best when lawmakers “respect the priorities of each other, not just our own.” He cited his commitment to House Appropriations Chairman Richard Corcoran, R-Land O’Lakes, to put a House leadership bill on teacher bonuses, which is not popular in the Senate, up for a vote in the Senate.

“Rather than try to stick somebody up at gunpoint for something I know is their priority, I would like to try to help them move something and hope that they don’t mistake kindness for weakness,” Lee said.

Under the Senate child-sharing bill, child-custody cases would start with the legal presumption that both parents would equally share child care, unless a judge made a finding in writing to modify that arrangement. The bill provides some 22 factors, including 20 already in law, to guide the custody decision.

Lee said the 50-50 child-sharing presumption would create “greater predictability and reliability” in custody cases, replacing the current and vaguer policy of children having “frequent and continuing contact with both parents.”

“Both (parents) will be treated equally when they enter the courthouse door, and the court will then consider the facts of the case,” Lee said.

Nine states and the District of Columbia have a presumption that equal custody is in the best interest of children, according to Senate analysts. Another nine states provide that presumption if the parents agree.

“Society has changed,” Lee said, citing statistics showing more women are the major breadwinners in families. “It is time to reduce litigation costs in the family law system.”

But Lee’s bill drew opposition on the Senate floor.

Sen. Jeff Clemens, D-Lake Worth, said he had not seen any convincing data that children would be better off starting with the presumption of equal child sharing in divorce cases.

“Every one of (the divorce cases) has its own interesting twists and turns and its own set of facts,” Clemens said. “Telling the courts that we want them to start from a certain position is prejudicing them even before the case begins.”

11 thoughts on “Concerned Citizens for Family Law and Alimony Reform”