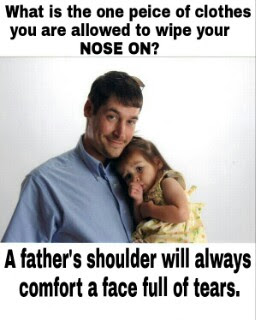 I’m not the best Father in the world, but I’m yours.

This blog will tell you about the growing family crisis throughout the Western world. It will concentrate on the increasingly dangerous divorce machinery being operated by Western governments, as described in my recent book,

Taken Into Custody: The War Against Fathers, Marriage, and the Family   (Cumberland House, 2007).

I will continue publicizing these abuses in established, mainstream publications (see more than 80 published articles and studies on my internet site). But I also want to highlight here the increasingly totalitarian trajectory of the divorce regime, which I don’t think is being emphasized adequately by others.

What Frederick Douglass once observed of the slave power’s menacing expansion throughout the political system can now be seen in the cancerous spread of the divorce machinery: It is “advancing, poisoning, corrupting, and perverting the institutions of the country, growing more and more haughty, imperious, and exacting.

”Radio Interviews on Taken Into Custody  ~~  Over the next few weeks I will be doing a series of radio interviews based on my book Taken Into Custody. These are arranged with help from a generous benefactor with the cooperation of the American Coalition for Fathers and Children (ACFC). The firm helping with arrangements, Spence Media, report that “your topic really hit a cord” with producers, and they are eager to have me on. This indicates that we should be much more aggressive in pursuing media for our cause. The media and the public are sympathetic and anxious to hear our message. 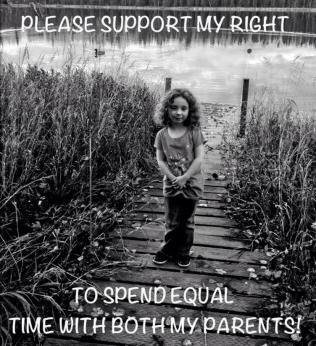 10 Custody Myths and How to Counter Them

Any attorney who represents clients in custody matters will recognize at least SOME of the following unfounded clichés about domestic violence and custody.

Here are some resources that the ABA Commission on Domestic Violence provides for practitioners to use when representing victims of domestic violence.

MYTH 2:
Any ill effects of domestic violence on children are minimal and short-term.

IN TRUTH : “Children who are exposed to domestic violence may show comparable levels of emotional and behavioral problems to children who were the direct victims of physical or sexual abuse.”

IN TRUTH : Adverse effects to children who witness DV are well-documented, including aggressive behavior, depression, and/or cognitive deficiencies.

IN TRUTH : A continuing study by the CDC has shown a significant relationship between exposure to “adverse childhood experiences” (including witnessing domestic violence) and development of adult health problems, including pulmonary disease, heart disease, hepatitis, fractures, obesity, and diabetes (not to mention IV drug use, alcoholism, sexually transmitted diseases and depression). 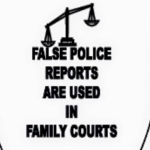 IN TRUTH : Child sexual abuse allegations in custody cases are rare (about 6%), and the majority of allegations are substantiated (2/3).

IN TRUTH : False allegations are no more common in divorce or custody disputes than at any other time.

IN TRUTH : Among false allegations, fathers are far more likely than mothers to make intentionally false accusations (21% compared to 1.3%)

MYTH 4:
Domestic violence has nothing to do with child abuse.

IN TRUTH : A wide array of studies reveal a significant overlap between domestic violence and child abuse, with most finding that both forms of abuse occur in 30-60% of violent families.

IN TRUTH : Other studies have shown intimate partner violence (“IPV”) to be a strong predictor of child abuse, increasing the risk from 5% after one act of IPV to 100% after 50 acts of IPV.

IN TRUTH: Abusive parents are more likely to seek sole custody than nonviolent ones…

IN TRUTH : …And they are successful about 70% of the time.

IN TRUTH : Mothers who are victims of DV are often depressed and suffering from posttraumatic stress disorder, and as a result, can present poorly in court and to best-interest attorneys and/or custody evaluators. 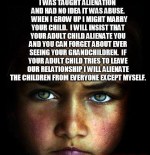 IN SOMEONE’S TRUTH (AND NOT OF SPAN):
The American Psychological Association has noted the lack of data to support so-called “parental alienation syndrome,” and raised concern about the term’s use.

MYTH 8:
Children are in less danger from a batterer/parent once the parents separate.

IN TRUTH: Many batterers’ motivation to intimidate and control their victims through the children increases after separation, due to the loss of other methods of exerting control.

MYTH 9:
Parents who batter are mentally ill, OR Parents with no evidence of mental illness cannot be batterers.

IN TRUTH: Mental illness is found only in a minority of batterers.

IN TRUTH: Psychological testing is not a good predictor of parenting capacity.

Ref: Brodzinsky, On the Use and Misuse of Psychological Testing in Child Custody Evaluations , 24(2) Professional Psychology: Research and Practice 213-219 (1994).

IN TRUTH : Mental health testing cannot distinguish a batterer from a non-batterer.

MYTH 10:
If a child demonstrates no fear or aversion to a parent, then there is no reason not to award unsupervised contact or custody.

IN TRUTH: Children can experience “traumatic bonding” with a parent who abuses the child or their other parent, forming unusually strong but unhealthy ties to a batterer as a survival technique (often referred to as “Stockholm Syndrome”).

2 thoughts on “Hatred. It has to be taught.”