Florida has a well-deserved reputation for allowing the public access to most government records. But that reputation does not mean the right of access is always easy to assert. Here are ten practical tips that can help open up public records:

1. Put the request in writing.

Although the Public Records Act does not require that requests be submitted in writing, doing so provides real practical benefits to the requester (as long as he or she doesn’t mind that the request itself then becomes a public record). The benefits include eliminating uncertainty about what was sought and when. In fact, to make doubly sure a request is received, submit the same request two ways – for example, by U.S. Mail and facsimile. It’s unlikely an agency will lose both copies of the same request. Plus, a fax confirmation sheet proves the request was actually delivered at a particular time and date and to a particular fax number.

The Public Records Act provides a statutory right to inspect records, not just to obtain copies. Don’t be too quick to reject the inspection option, particularly if the responsive records are voluminous or unfamiliar. It may be that you can save money, obtain a quick response, and understand the information you’re seeking better by inspecting originals before requesting copies.

3. Agree in advance to pay 15 cents per page for copies of records that are only a few pages.

Agencies have a statutory right to charge 15 cents per page for copies of most records. So, if you know the records being sought are only a couple of pages long – for example, a police report on a minor traffic accident – offer in your request letter to pay 15 cents per page for any copies. That agreement might make the agency more likely to respond by simply sending you the records instead of taking the time to contact you to see if you’ll pay for the copies.

4. Ask for a citation to any exemption.

The Public Records Act requires agencies to state the basis for any claim that requested records are exempt and to provide a statutory citation to the claimed exemption. Reminding the agency of that obligation will help to educate new employees who might not be familiar with the law and will show the agency that you’re familiar with your rights and the agency’s obligations.

5. Ask for a written explanation of a denial.

A requester has the right to a written statement explaining with particularity the reasons for a conclusion by the agency that the records are exempt. So every request letter ought to include language asking for such a written explanation.

6. Ask for a prompt acknowledgement and response.

The Public Records Act requires the agency to acknowledge requests promptly and to respond in good faith. It’s worth reminding the agency of that obligation.

7. Be willing to take one bite at a time.

If you expect the agency will have a lot of responsive records, consider starting with a narrow request and then making follow-up requests. For example, if you want to know how much a veteran politician uses a city-issued cell phone, you could start by asking for just last month’s bill, which is probably more easily accessible than every bill for the last twelve years. Then, if last month’s bill doesn’t answer your question, you can make a follow-up request.

8. Be willing to negotiate.

If an agency calls or writes in response to your request, pay careful attention to any explanation that’s given. It might be that the request was phrased in a way that didn’t describe the records the way the agency does. If so, it might help to rephrase your request. The law contains no limit on the number of requests that a person can make. So, if rephrasing a request will help the agency respond more quickly with the needed information, be willing to negotiate and, if necessary, to revise your request.

If you expect to deal with the same agency regularly and will sometimes need records in a hurry, consider making a practice request. For example, if you are a reporter covering a particular sheriff’s office, you might ask for reports concerning incidents at your home address. If you make the request politely and treat the agency’s employees courteously, the experience could smooth the way for the next request, when you might need another incident report more quickly.

Keep asking for the records even if the agency delays or doesn’t respond. Particularly if you deal with that agency often, a reputation for giving up easily might lead the agency to be even less helpful next time. Also, if agencies learn that requester take their access rights seriously, officials will be encouraged to be more open and accessible. And if that happens, we’re all better off.

Jim Lake is a media lawyer with the firm of Thomas & LoCicero in Tampa . He is also an adjunct professor at the Stetson University College of Law and a former journalist.

Sample Public Records Request
Please note that a public records request does not have to be made in writing. However, should you want to make a written request, the following letters can be used as a model. Simply fill in the appropriate date, address, and salutation, and describe the records you are requesting.

Student Press Law Center Public Records Request Generator
This form is designed to help you create a simple letter. It asks you for all pertinent information and guides you through the options available. You can use this letter generator to request access to records held by a state or local government agency or body (e.g., public school district, city or campus police, state board of health, etc.). If you want to obtain records held by the federal government, we recommend using the letter generator offered by the Reporters Committee for Freedom of the Press. 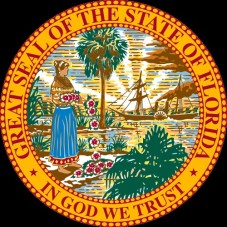 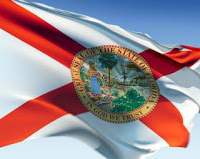 Fighting to preserve Parent–Child relationships to improve the lives of children and strengthen society by protecting the child’s right to BOTH Parents!… READ MORE http://www.facebook.com/childrensrights.florida

This is what public records access looks like at AHCA (Florida’s Agency for Health Care Administration).  What is not clear from the photo (but exceedingly clear in the video that will be forthcoming) is that I was surrounded by at least seven police officers.  This was all in response to making a simple public records request to Medica Health Plans of Florida, Inc. Medica has a contract with AHCA valued at almost $74 million.  The contract states (page “6 of 12” paragraph “5”):

“The Vendor agrees that the Agency may unilaterally cancel this Contract for refusal by the Vendor to allow public access to all documents, papers, letters, or other material made or received by the Vendor in conjunction with this Contract, unless the records are exempt from Section 24(a) of Art. I of the State Constitution and Section 119.07(1), Florida Statutes.”

In spite of the very clear language of AHCA Contract No. FA983 if I return to the address where, according to the contract, records must be stored and made available for inspection by any person desiring to do so, I will be immediately arrested.  According to the police officers who issued the trespass, I will be arrested even if I return for the express purpose of making a public records request.

This happened on October 22, 2013.  Although I’ve been contacted by folks from the Florida Legislature, the Governor’s Office and AHCA, apparently no one has considered making a phone call to Medica and urging them to rescind the trespass order.  That’s probably just too obvious for the folks in Tallahassee.

Of course, it’s no wonder Medica and many other AHCA vendors keep turning me and other folks away when we ask to inspect, copy and photograph public records.  They know that nothing is going to happen to them when they break the law and breach their contracts with AHCA.

With the passage of Section 119.0701 of the Florida Statutes, however, there really are consequences for this kind of nonsense.  If the State of Florida won’t step up and handle this, I guess I’ll have to do it for them.  But if that happens, it won’t be “surgical.”

No, if I have to go to the trouble and expense of asking a circuit court judge to compel AHCA to fulfill its non-discretionary ministerial duty to cancel Medica’s contract I might as well get the most bang for my buck and include every other AHCA vendor that’s run me off.

Just so everyone is clear about this, I’m done waiting for the bureaucrats in Tallahassee to decide if it’s okay for me to exercise my constitutionally protected civil rights.  If I have to ask permission to exercise my rights, they’re really not rights.

SUPPORT OUR CAUSE — Children’s Rights